I had to write a 2-3 page scene for a class. I wrote the following piece. It is around the beginning section of a LGBTQ romance/drama.

Skylar sat on the end of the factory truck loading dock at 10:00 am.  She had fifteen minutes to relax after two hours of welding.  She yawned and rubbed her slightly red eyes.  She had wanted to go back home an hour ago. It had been a long morning thus far already.  The minutes seemed to drag on till break.  She needed a little time alone.

The railroad tracks across the way behind the high fence were empty.  She was relieved that no trains were going through at her break time.  They always made such a racket, blaring the train whistles and braking through town, screeching metal upon metal.  She picked a spot on the dock ledge where her feet could dangle and she could rest them a bit from working on the hard concrete floors.

She wore faded blue jeans and a Lynrd Skynrd shirt with a cruddy hoodie jacket.  Her brunette hair was tucked under her dad’s beat up old Chevy hat with the netting on the back.  It was cold outside and the breeze hit her straight in the face.  She shivered.

So, she reached back and put her hoodie up over her ball cap.  Then she dug into her right pocket pulling out a Marlboro Lights short pack.  In her left pocket, she searched for a lighter and came up with one.  She pulled it out and looked at it briefly.  It said Duck Dynasty.  It was one of her dad’s lighters she got off the counter earlier.

She pulled a cigarette out and bent over away from the wind to light it.  She puffed once and exhaled long while glancing at the tracks again.  She looked over the empty gravel parking lot, the dumpsters to the left and to the right, the commercial district street, and the cruddy cars of the manufacturing plant across the way.  The metal overhang to the truck dock gave her a little shelter but she eyed the damn pigeons fluttering around in the lofty corner with suspicion.

“Don’t poop on me, you jerks,” she said under her breath.

She fiddled then with her music.  She popped the headphones out of the jack since no one was around, and turned up the volume on her phone.  She flipped through her playlist and settled on Al Green’s So Tire d of Being Alone and set it to play.  The melancholy melody flowed out from the phone and seemed to match the grey sky above.  She loved his voice, always had.  When she was younger, she would listen to Let’s Stay Together on repeat.  When she got a little older though she found this song more relatable.

She took another drag on her cigarette and flicked the ash off the end towards the empty grate in front of her below.  The music lyrics filled the air around her.

I’m so tired of being alone

I’m so tired of on-my-own

Won’t you help me girl

Soon as you can

She was taking a few more draws from her cigarette and thinking to herself how she really needed to quit smoking again when the thick metal side door behind her opened loudly and closed.  She immediately turned down the volume on her music.  Then she looked back over her shoulder to whomever had come out of the side door.  It was the new gal from fabrication, one of the new hires from last week.  She was named Pam or something.  Great Skylar thought to herself and looked forward slightly rolling her eyes and pursing her lips.  She looked back at Pam over her shoulder.

She motioned for Pam to come over if she wanted but Skylar kinda hoped the girl would just go away.  She probably had ten more minutes to her break.  She sure as hell didn’t want to spend her free time with a newbie.  Skylar looked forward, took a drag a little self-consciously, and slowly exhaled this one with her cheeks puffed out.

“I saw you came out here.”  Pam began.  “Can I join you?”  She asked hesitantly and unsure of herself.

Skylar felt a slight twinge of compassion and said, “Sure.”

Pam came over to the ledge and sat some three or four feet away.  Skylar reached into her pocket and got the pack of cigarettes and offered Pam one.  She knew full well Pam would probably refuse.  And she was not surprised when Pam shook her head to say no.

Pam got down on the ledge and let her feet dangle too like Skylar’s.  She watched Skylar sway them back and forth just a little and she did the same.  Pam looked around the dock and didn’t know exactly what to do next.

They didn’t really speak much at first.  Eventually feeling awkward, Skylar picked up her phone and started scrolling through her Facebook feed.

“Why do you smoke?” Pam asked curiously.

Skylar took a drag on the diminishing cigarette.  She looked at it and sorta shrugged.

“I picked up smoking a few years ago.  At first, I just was looking to fit in at the factory.  But over time, well, hell, I guess I’m addicted now.”  And she shrugged and looked at Pam under the brim of her ball cap.

“Yeah, it’s not good for you,” said Pam almost under her breath.

“Yeah, I know.”  Replied Skylar and smoked again slowly.  I don’t really care, she thought to herself.

Just then, the train whistles began blowing loudly from far off to the right and soon the train was thundering loudly across the tracks in front of them.  They both looked in the direction of the incoming train.

“Yeah, we’re right next to the track,” yelled Skylar over the noise.   “Sometimes the trains come rushing through here and sometimes they hit the brakes so hard it makes you wonder if the train’s gonna come through the factory or something.  They are noisy for sure but I kinda like ‘em too.  They remind me of an old Johnny Cash song.  You ever hear Folsom Prison Blues?”

Skylar smiled at her under the bill of her hat.  “You should listen to it.  It’s a good song.  I like Johnny Cash.  Another good one is One Piece at a Time.  You’d like that one too.  Sunday Morning Coming Down or A Boy Named Sue……great songs.”

Skylar kept scrolling through her Facebook feed and Pam sat near her watching the disappearing train to the left screaming its whistle as it went.  Skylar came across a Facebook post that made her smile.  For some reason she decided to share it with Pam.  She reasoned it was probably because there was a lull in the conversation.

“Check this out.  This little kid here,” and she pointed at the picture in the post of a young boy holding a cat.  “He’s got a cleft lip and one blue eye here.  See?  It reads that he doesn’t fit in at school.  I don’t’ know why…it don’t say.   So, for some reason, he goes to the humane society and here, look…..he finds this cat there with the exact same thing, a cleft lip and one blue eye and they adopt each other and become friends.  Huh,” she said shaking her head and smiling, “What’s the frickin’ coincidence of that?”

And Pam looked at the picture and smiled at it too.

“It’s like…meant to be or something.” Skylar continued and smiled.

“Yeah, it’s cool…I guess” Skylar said.  “Something to pass the time….speaking of which, it’s time to get back.  We gotta go.”  She flicked the dead cigarette into the grate, tucked her phone and headphones into her pocket, and got up to go back inside.  Pam got up too.

So they hurried to the metal side door and back to the welding shop.  Everybody was in there already working so they got quietly back to work. 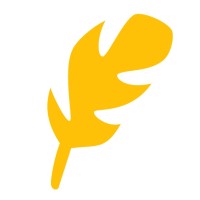 A Teen's Definition of Life