There was a little barn, alive with activity, in southern India. In the shade of this delapidated, old, red barn, 10 or 12 little chicks gathered near their hen mothers. They were beautiful, little fluff balls of yellow and black and deep brown. They chirped constantly. The mother hens gathered them here and there around the free range barnyard throughout the day as they all pecked for food, drank cool water from the farmer’s bucket, and sat around gossiping about the other barnyard animals.

In the barn, the grey mule stood sullenly. He was an old miserly sort of fellow with a rather sharp tongue. He harrumphed loudly and cleared his throat. His name was Inesh.

In the stall beside him lay a few goats named Pranjal, Sanat, and Vedant. They were a gaggle of goofballs. Their antics were quite known around the barnyard and legendary.

Then there were the 2 horses with their new spring pony. The farmer’s daughter loved the black pony and called her Bhavna.

No other animal of note was really associated with the barnyard other than a few dogs and the rather ordinary and plain looking turkey. She was an odd old lady often left out of the usual hen gossip circle.

The turkey had managed to escape the farmer’s axe through the years but not the sharp tongues of the other barnyard occupants. As a result, she tended to keep quite to herself, mild-mannered and soft-spoken. Her presence caused very little real annoyance but she was different and different, as we all know, is not always tolerated.

The little brown turkey was named Binita. She had no partner and so had accepted her childless fate through the years. She doted on the little chicks instead, offering them kindness and smiles from time to time as she clucked and fretted alone around the barnyard generally mumbling to herself and doing the daily activities that a turkey will do.

It was a beautiful Spring day and so it came with much surprise, that a dangerous King Cobra was slithering quietly along the side of the old red barn towards the little baby chicks. The gossipy old hens had gathered in the northeast side of the yard and so, the king cobra noted with secret chagrin that he would have to cross the yard for a slight moment or two out in the open exposed to attack and kill the baby chicks.

His hunger for the taste of little chicks compelled him forward nevertheless. His shiny black charcoal reptile scales glistened in the sun as he paused momentarily to survey the barnyard scene. The dark scarlet tongue darted in and out rapidly from his mouth. He dared not rise up yet. Clearly, his path to his prey was blocked by the mother hens but also before that, by a rather, odd-looking and quite pathetic old turkey.

“No bother,” he thought to himself. He would quickly pass by the turkey, surmissing that she would run in fear as they all did. He checked the air once more with his tongue before rapidly crossing from the barn wall diagonally through the yard. He salivated considering his prey, the plump fluffball baby chicks.

Binita was pecking for a worm in the yard. She was distracted and not paying much attention until she nearly stepped right into the path of the violent and cruel King Cobra. Her leg froze in midair as she suddenly realized with great fear who the new intruder to the farm might be. She shrunk back instinctively, ruffling her brown feather wings rapidly and squaked to sound an alarm to the other barnyard animals.

The exposed King Cobra raised up high in the air and flared out his neck and face. He hissed sharply to frighten away the old bothersome turkey. Meanwhile the alarm had been sounded and suddenly the whole barnyard was shook with panic.

The gossipy mother hens ran for their lives abandoning their young in great fear of the giant, deadly snake. They huddled into the hay of the other barnyard corner trying to wedge themselves as close to the fence as possible. The old grey mule brayed and harrumphed loudly, stomping his feet to try to attract the attention of the farmer and his family. The goats leaped up from their usual munching and bahhed as well in unison. Nearby dogs barked. Even the horses paced back and forth, hiding their beautiful black pony behind them. They were all frightened and terrified for their lives…..all except the clueless and sweet little fluffball chicks chirping unprotected and unaware so innocent in the yard.

The King Cobra knew all that stood between him and a marvelous, tastey lunch was that old foolish hen Binita. And so, he flared his neck and face as much as possible and hissed moving and swaying dangerously before the shuddering turkey.

But Binita did exactly what he did not expect. Everyone, in fact, was surprised by what Binita did next. As the mother hens shrunk back crying in fear and terror, little Binita ran straight across the barnyard to the innocent chicks. She opened her wings as if to shelter them, and quickly gathered them all together into the farthest corner of the barnyard away from the King Cobra. Then, she turned to face him with her wings spread wide to keep the chicks behind her.

This drew the fierce anger of the hissing King Cobra. He lowered once more to slither within inches of the terrified turkey Binita. She stepped back in fear, looked behind her at the baby chicks, gulped, and then turned to face the King Cobra head on.

The other barnyard animals were certain Binita would be a goner.

The King Cobra drew up again to full height and flared his face and neck. He hissed his last warning and then moved to strike Binita with his fierce fangs in a rapid attack. But she flew back out of reach of his fangs. Not only did she parry him, but she flew in just as fast to peck him hard on the head.

He shook his head and drew back in shock. Now, he was getting really angry. Once again, he watched the hen and attacked. She flew back to parry and then countered again with one harsh peck against his neck. Again and again, he attacked. Again and again, she managed to escape the attack just out of reach and then flew in to peck him harshly. With great annoyance, he flared his neck and face wider. The more he attacked, the more she pecked him hard on the head.

The battle was fierce and very deadly but Binita refused to move out of his way. She would not let him advance on the little baby chicks no matter what. They huddled behind her in a pack now, sensing something. The othe barnyard animals watched in shock and awe.

For two or three full minutes the poisonous snake and odd little turkey faced off. Finally, she pecked the King Cobra extremely hard on the head. He was frustrated beyond belief but could not get past her for anything. Eventually, he gave up. Defeated, he lowered.

She stood now in front of the baby chicks with her wings spread wide to shelter them. The deadly King Cobra, in shame and embarrassment as well as angry hunger, slowly lowered further and slithered back across the yard. He slithered back past all the silent barnyard animals, even the hiding mother hens, and then out into the green pasture lands. Within moments, he was gone.

Binita stood sheltering the baby chicks and breathing hard from her chest. The little chicks, innocent and unaware of the danger, chirped happily behind her. They bounced here and there. The barnyard finally came slowly back to life.

The old stodgey mule Inish bowed deeply in gratitude to the little brown turkey Binita. The three goats smiled happily and high fived each other with their hooves. They went back to munching lovely lumps of hay happily. The horses all nodded their heads in great admiration to Binita and even the gossipy mother hens clustered around the once-neglected turkey Binita, to hug her and thank her tremendously. They even lifted her onto their shoulders chirping and squaking with tremendous cheer.

Binita, for her part, never felt alone in the barnyard again. From that day forward, she would always be part of the barnyard family, though odd and a little quirky. Her deeds from that day would also become quite legendary. And the cute, little baby chicks grew up to love her as their own. 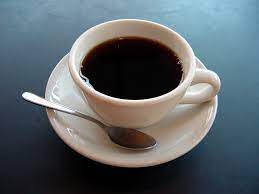